The Associated Press reports an Alabama judge has ruled that two women, who were legally married in Iowa, cannot divorce in Alabama because the state does not recognize their same-sex marriage as legal. 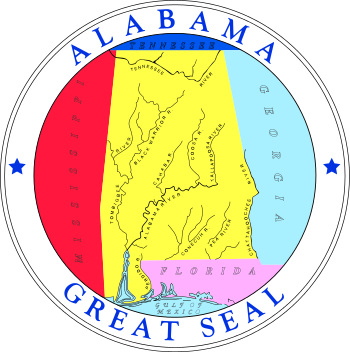 The couple, Shrie Michelle Richmond and Kirsten Allysse Richmond, are seeking to terminate their Iowa marriage in the state of Alabama, but the Circuit Judge Karen Hall of Huntsville has issued a two-sentence order throwing out the uncontested divorce. According to the suit, the women were married in Dubuque, Iowa, in 2012, but are now separated, do not get a long and want a divorce.

The divorce case, however, was dismissed by the Alabama court judge because the state continues to prohibit same-sex unions. The lawyer has stated that he plans to appeal the decision by either filing a case in the Alabama Court of Civil Appeals or requesting that the judge modify her decision. The judge, however, is simply following the current laws in Alabama.

Marriage laws in Alabama and Iowa

The state of Iowa has allowed gay marriage since 2009 after the Iowa Supreme Court overturned the state’s ban on gay marriage. Couples in Iowa, however, must be residence of the state for at least a year before they can file for divorce. At issue is whether the couple must move back to Iowa to get a divorce. The couple states, however, that they do not want to leave the state of Alabama and move back to Iowa because their family and friends reside in Alabama.

State of marriage in the United States

Currently in the United States there are seventeen states which recognize same-sex marriage. Experts note the differences between states will continue to lead to other legal challenges. For instance, a woman in Mississippi is currently asking a court there to grant her a divorce for a marriage she obtained in California.

In other states, such as Kentucky and Missouri, other cases are also being fought to decide whether “marriages” in other states should be recognized.

In other divorce news, George Zimmerman, the former neighborhood watch volunteer who was acquitted of murder for fatally shooting Trayvon Martin, said he wants people to understand who he truly is. To that end, he has been working with his divorce lawyer to develop a 20-minute interview to document his daily life.

Since Zimmerman’s acquittal last year he has had several confrontations with law enforcement as well as his now-estranged wife, Shellie, and a former girlfriend, Samantha Scheibe.

Zimmerman hopes his divorce will help him move on with his new life. He also hopes the video will help him control the message and publicity which he believes has been unfair and misinformed up to this point.

Included in the video will be information about his participation in a program in which he was a mentor to an African-American boy and efforts to raise awareness about a local case in which a black homeless man was beaten by the son of a white police lieutenant.