Byron Scott files from divorce from Anita Scott after 27 years

Byron Scott files from divorce from Anita Scott after 27 years

TMZ reports Byron Scott, a three time NBA champion, has filed for divorce from his college sweetheart, Anita Scott. According to reports, Byron Scott wants to end his twenty-seven year marriage and filed the papers on March 13, 2014. 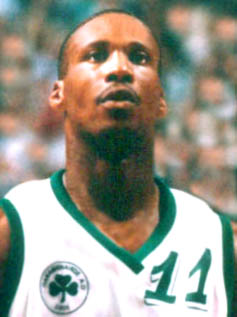 Khloe and Lamar Odom not done yet

In other divorce news, although Khloe Kardashian filed divorce papers over three months ago in December 13, 2013, she claims to still be working through what she calls a “painful divorce process.” Khloe has revealed on a recent interview in Australia that the divorce has been very difficult and it is taking time for her to work through the issues.

“No, It’s definitely not anything I’m through,” she said when asked if she was over the divorce. “I’m going through it, but I’m not through it.”

What’s also not helping the healing process is having to relive the entire split for her made for television reality show Keeping Up with the Kardashians. Khole Kardashian admitted on a recent television appearance on The Chelsea Handler Show that it has been tough watching herself on television.

“It’s really hard to watch yourself on TV too,” she said. “It’s definitely different in that the world has to watch too. It’s definitely not the easiest thing to do but it’s my life now I guess.”

Also in the news today is information that Pastor Mason Betha and his wife Twyla Betha may be calling it quits, citing irreconcilable differences. TMZ reports that Mason Betha, a.k.a. Ma$e, filed for divorce in January of this year. According to TMZ reports, Mason Betha wants full custody their two children, plus child support.

The couple is best known for leading El Elyon International Church, which is based in Atlanta, Georgia. The couple has promoted various series over the years but is currently leading a series entitled What Do You Do After I Do, promoting a marriage that lasts a “lifetime.”

The couple has not commented on news about their pending divorce. But let us hope that the congregation does as they say, not as they do. Twyla Betha is also a pastor at the church.