Clint Eastwood and wife Dina divorce after 17 years of marriage

Clint Eastwood and wife Dina divorce after 17 years of marriage 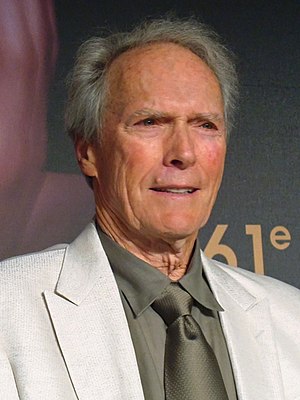 The divorce filing follows a previous separation filing that Dina made last month, then quickly withdrew. According to Dina, the divorce has been a long time in coming. Reports indicate that the marriage may have ended as long as a year ago when the two started living apart. US Weekly reports that Dina has stated that the two remain “close.” The pair married on March 31, 1996, and their daughter, Morgan, now 16, was born on December of that year.

Dina and her daughter, Morgan, participated on a reality show for E! last year titled “Mrs. Eastwood and Company.”  The divorce petition asks the court to award her spousal support and physical custody of Morgan, although she is offering to share legal custody.

Who is Clint Eastwood?

Born May 31, 1930, in San Francisco, California, Clint Eastwood began pursuing acting after dropping out of college. His first feature film was Revenge of the Creature in 1955. He got his first television break in the serious Rawhide as Rowdy Yates and became a household name.

It wasn’t long until he made it big on the big screen starring in a string of “spaghetti westerns.” After 1966, he had even more success in a series of box office successes such as Hang Em High in 1968 and a successful musical Paint your Wagon in1969.

His box office success continued into the 1980s with hits such as Any Which Way You Can and Sudden Impact. Although his success faltered in the late 1980s, Clint Eastwood was back in full stride by the early 1990s with Unforgiven and In the Line of Fire. By the 2000s he proved himself as a director with a boxing drama Million Dollar Baby in 2004 and Mystic River in 2003.

Clint Eastwood is known as a director who loves to take as few shots as possible and allows for an easy shooting schedule. According to reports from the set of Mystic River, filming would not begin earlier than 9:00 and some days might finish by noon.

What about the personal life of Clint Eastwood?

Clint Eastwood’s personal life has remained relatively private, albeit complicated. Clint Eastwood has been attached with a series of women, including a long-term relationship with Sondra Locke, whom he lived with from 1975 to 1989. According to reports, he has a reported eight children by six women, two of which Clint Eastwood married, including Maggie Johnson whom he was married to from 1953 to 1984. He also lived with Frances Fisher from 1990 to 1995.

Given the history of his relationship with women, the recent news of his impending divorce is unlikely to shock many Hollywood insiders.