Dating After Divorce Dos and Don’ts

Dating After Divorce Dos and Don’ts 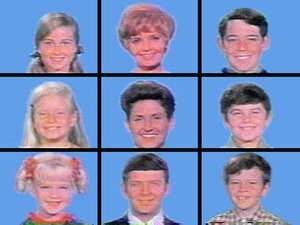 Getting Back in the Game

Divorces are hard. They take an emotional, mental and physical toll. You might feel pressure from your friends or family to “get back out there,” to go out and meet new people. Heck, some people even toss divorce parties that rival bachelor and bachelorette parties. It could be too much, too soon, though. Take time to heal before diving into the dating pool. Take time for yourself and your kids, too. They need to feel loved and supported after the divorce.

Beware of the Rebound

Psychologist Dr. Laura Berman, columnist for the Chicago Sun Times, wrote in a recent edition that while beginning a new relationship after divorce is important for your emotional health, don’t jump into one too quickly. If you think your next partner will be The (Next) One, you’ll be sorely disappointed. Berman wrote there are benefits, such as rediscovering your desirability, for one, and that begins the stages of rebuilding your life. Reputable online dating sites are much better meeting places than bars, she wrote, because you’re only likely to find Mr. or Mrs. Right Now instead of Right.

How  Do You Know When it’s the Right Time?

Berman suggests using the length of your marriage to determine when you should commit yourself to another serious relationship. She uses the equation S=M/2. (That’s time for serious is equal to the number of years you were married divided by two). For example, Berman wrote, if you were married for four years, you shouldn’t consider getting into a serious, potentially remarriage-bound relationship for two years. She stresses this is a guideline; follow your heart to know when the time is really right. Some people find it right away, some take years, some never do. Only you can know.

What About the Kids?

Just as you should ease back into the dating scene, your kids should be eased into your new relationship. Don’t try to fold (wedge) them in too quickly – it will result in resentment all around. They have to have time, too. They have to be reassured that, after your divorce, you are not planning to replace their mom or dad. They will always only have one of each. Don’t allow your world of parenting to collide with your world of dating. Psychologists say that children may resent your new love interest, and then, maybe, eventually, grow to accept them. Another side of that coin is the children may become really attached to the new partner and feel crushed when the relationship doesn’t work out. Either scenario can lead to a feeling of betrayal, which is why you have to take it slowly.

In my next post, I’ll look closer at dating after divorce from a kid’s eyes.