TMZ has announced today that Gwyneth Paltrow and Chris Martin have separated, although the couple used what they must consider a more innocuous term: “conscious uncoupling.” Is there another kind? According to Paltrow, “It is with hearts full of sadness that we have decided to separate.” 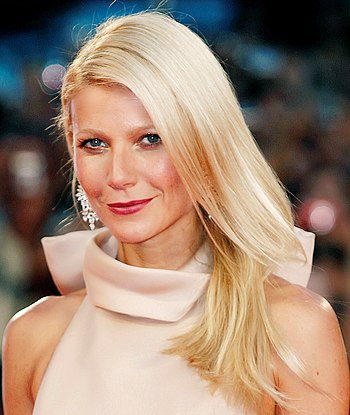 Gwyneth Paltrow also acknowledges that the couple has been working for over a year together and apart to try to make the relationship work but ultimately, “we have come to the conclusion that while we love each other very much we will remain separate.” So while the truth may be sugar coated, it sounds like the couple is headed for divorce and not reconciliation.

So what happens to the kids and the house? According to TMZ Chris wanted to buy the couple’s Brentwood home, maybe for him and his band, but Gwyneth didn’t like that idea and supposedly killed the deal. The couple has not finalized a child custody agreement but suggest they remain committed to co-parenting their two children.

Who is Gwyneth Paltrow?

Gwyneth Paltrow was born in Los Angeles, California. She is the daughter of actress of Blythe Danner and Bruce Paltrow. She attended several private schools before going to the University of California in Santa Barbara. She did not complete her degree but left college to pursue a career as an actress.

She was engaged to Brad Pitt in the early 1990’s but later called off the marriage claiming she was not ready. She later dated Ben Affleck for several years in the late 1990’s but broke up for the last time in 2000.

Gwyneth Paltrow later sought more private relationships, claiming her goal now was to keep her romantic life out of the public spotlight. In 2002, Gwyneth Paltrow met Chris Martin, the lead singer for the British rock band Coldplay. They were married in 2003 in a ceremony in Southern California. They have two children together: daughter Apple Blythe Alison Martin born in 2004 and son Moses Bruce Anthony Martin born in 2006. Since the birth of her children, Gwyneth Paltrow has continued to make films, although she reduced her workload to care for her children.

Gwyneth Paltrow and her movie career

Gwyneth Paltrow began her acting career with a debut performance in High in 1989. Later she appeared in Shout with John Travolta and was cast in Hook by Steven Spielberg. Her first plum feature film role was in the noir drama Flesh and Bone (1993). She also portrayed the wife of Brad Pit in the thriller Se7en.

Her first title character was in the critically acclaimed Emma. Later she appeared in several semi-successful films such as Sliding Doors, Great Expectations, and A Perfect Murder. In 1998 she starred in Shakespeare in Love which went on to gross more than $100 million in the United States.  Most recently she has appeared in Iron Man, The Avengers, and Country Strong. She was also named People magazine’s annual “Most Beautiful Woman” in April 2013.