Halle Berry’s ex-boyfriend and Fiance duke it out

If you thought custody battles occurred for just us common folk, think again. Over the Thanksgiving weekend there was a fight between Halle Berry’s ex-boyfriend Gabriel Aubrey and the new man in her life, Olivier Martinez. According to sources, Halle Berry filed a temporary restraining order against Gabriel Aubry after the “Thanksgiving fisticuffs.”

A California judge granted the Emergency Protective Order which states that Aubry must stay 100 yards away from Nahla and the happy couple, Berry and Martinez. This might be good news for Berry and her attorney who has tried to prove that Aubry is a violent man. 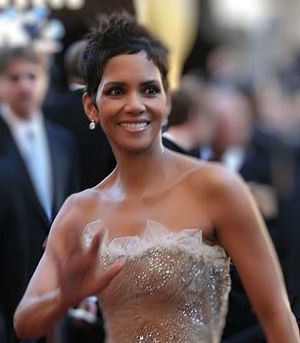 Will this Thanksgiving brawl affect permanent custody of Nahla? Not necessarily. It is likely that even if Halle Berry may ask for a Permanent Restraining Order because of the pending criminal battery charges the courts will still consider what is in the best interest of the child. Whether or not Aubry will be given joint custody is yet to be seen but this recent outburst could sway the judge’s mind. What is likely is that Aubry will have to take some positive steps to prove that he is a good parent for Nahla. The courts are likely to require him to attend parenting classes or anger management classes.

This recent skirmish just adds to the drama surrounding Halle Berry and her on-going feud with her ex-boyfriend. Court battles began for this Oscar-winning actress in the summer when she filed a request with the California family court to allow her to move with her child to Paris with her fiancé French actor Olivier Martinez.

This request was denied on November 10 of this year when a Los Angeles judge ruled that the move would not be beneficial for Nahla’s well-being and that her father had the right to have access to his daughter.

Aubry, 36, and Berry, 46, split in 2010 after dating for five years. Like many other “normal” couples the relationship became strained when they couldn’t decide on custody issues. General disagreements included her demanding filming schedule and Aubry’s alleged anger issues.

By all accounts Aubry is a big part of his daughter’s life, and the court recognized a separation from her would be detrimental to both he and his daughter.

Berry has claimed for many years that Paris, which has outlawed photographs from paparazzi even in public, is much more conducive to rearing a child. Berry has also been threatened by stalkers, specifically Richard Franco, who is currently out of jail. Robert Hoskins, who is currently residing in a mental hospital, also has a history of threatening Berry.

Whether you are a celebrity or not relationships are difficult. If you are considering divorce and have not been able to develop a custody plan with your spouse, you may need the assistance of a divorce lawyer. Even the most dedicated parents, who only have the interest of their children in mind, may need help with a parenting plan that prioritizes the needs of their child.