Information About Divorce In South Carolina

Information About Divorce In South Carolina 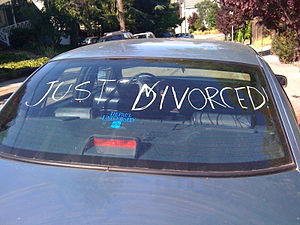 Children and Divorce in South Carolina

The state of South Carolina uses the Income Shares Model for calculating child support payments. The assumption under this model is that the child should receive the same proportion of their parent’s income that they would have received if their parents had not divorced. After the support amount is calculated the amount paid by each parent is offset if one of the parents is the custodial parent of the child.

South Carolina courts may decide to award a different South Carolina child support amount if they can prove the amount calculated from the guidelines is unjust or unfair. Prior to adjusting the child support payment amount they must consider a variety of factors including:

The current preference for most courts is to allow joint custody, but this arrangement is only allowed if the courts determine it is in the best interest of the child. South Carolina courts do not assume that either parent is better suited to have custody of the child regardless of their sex, but they will evaluate several factors to make their determination.

South Carolina divorces may be granted on “no-fault” grounds if the spouses have lived separate and apart without cohabitation for a period of one year.

South Carolina divorces may be granted on “fault” grounds for any of the following reasons:

· Willful desertion for a period of one year

· Excessive use of alcohol or drugs

· Adultery – Adultery is committed if one spouse has voluntary sexual relations with someone other than their spouse.

South Carolina allows an annulment for the following reasons:

Annulling a marriage may be complicated. Many annulments must be requested within a specific time period to be valid. Contact a South Carolina divorce lawyer if you have questions about your ability to annul your South Carolina marriage.

South Carolina does not specifically allow for “legal separation” but couples may live apart and separate without filing for a South Carolina divorce by filing a petition for separate maintenance and support. For couples seeking reconciliation or who choose not to divorce for religious reasons, living apart and signing the petition for separate maintenance and support may allow them to maintain the benefits of marriage while living separately.

The petition for separate maintenance and support allows the court to decide important legal issues such as how to divide marital assets, what type of alimony may be awarded and who will have custody of the children. Petitions for separate maintenance and support are legal documents and prior to establishing or agreeing to any issues it is important to talk to a South Carolina Divorce attorney.