After Jennifer Aniston divorced Brad Pitt we waited for years in anticipation for America’s golden girl to find her “prince charming.” The tabloids have been swirling with news that her marriage to Justin Theroux would be any day, but that was over a month ago and still no nuptials. 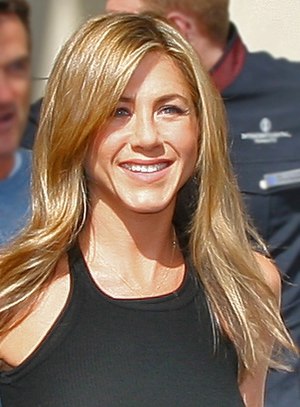 So when will the perfect pair march down the aisle? It’s anyone’s guess now. According to reports the marriage has been moved to August 2014 to give the happy couple more time to decide on the details. But this could be bad news for the pair if disagreements have already started and their not even married. The engagement is supposed to be the easy part.

So why all the fuss?

Apparently the source of some of the conflict is in regards to issues surrounding the marriage ceremony. Jennifer Aniston wants it big and glamorous with all her friends in tow while Justin prefers an intimate, personal ceremony.

Sources told the Daily Mail that we shouldn’t worry. The marriage between Jennifer Aniston and Justin Theroux will happen and the couple is still “madly” in love. Reports indicate that the two are always together “with their arms around each other.” But this is not always proof positive a successful marriage is in the works: think Tom Cruise and Katie Holmes.

Kevin Lee, celebrity wedding planner to the stars, is doing the wedding again. It was big the first time when she wed Brad Pitt with Lee claiming that Jen’s previous wedding to Brad was the most gorgeous wedding he’s ever done. Will he be able to top it? Don’t bet on it.

We know bigger is not always better and we all saw how Jennifer Aniston’s first marriage to Brad Pitt worked out. Maybe Justin is right, small and intimate may be the way to go the second time around.

Jason Aldean announced Monday that he is divorcing his high school sweetheart. The couple, who have been together since they were teenagers have had their ups and downs and have decided to call it quits.

“This is a really tough time for my entire family. Jessica and I have been together since we were teenagers. We’ve been through a lot of ups and downs over the years as we grew up together as a couple. She will always be important to me because she is the mother of my children, and I know that we will both always make our daughters our #1 priority,” Aldean said in a statement to HLN.

Jason Aldean hopes that everyone will give them privacy, especially for his wife and girls. Aldean understands his profession and celebrity make judgment and a lack of privacy a way of life but claims that no one really understands their relationship.

News of the divorce follows an incident last fall when Aldean apparently had too much to drink and kissed former American Idol contestant Brittany Kerr at a party. He later apologized for the incident claiming, “The truth is that I screwed up. I had too much to drink, let the party get out of hand and acted inappropriately at a bar.”