According to reports Kanye West, the world famous rapper and father of Kim Kardashian’s child, has popped the question. Kanye West made the proposal Monday night in San Francisco at a party for Kim’s 33rd birthday. The party was held at AT&T Park, which was rented out for Kardashian’s big day. 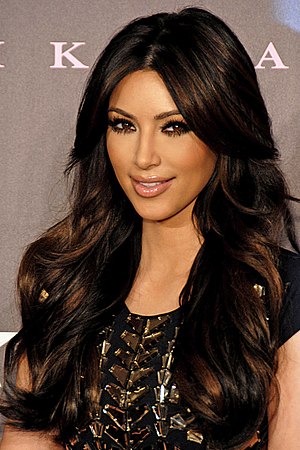 Kanye West presented Kim with a 15-carat diamond ring made by celebrity jeweler Lorraine Schwartz. The parents of the future bride were said to be very happy. They made a statement which read “A match made in heaven! I am so happy for both of my kids, Kim and Kanye.” Kim’s sister Khloe Kardashian also shared in her sister’s excitement exclaiming via Twitter, “Wow!!!!! Am I dreaming??!?!” she wrote.

According to ENews!, the proposal was made on the Jumbotron and read “PLEEEASE MARRY MEEE!!!” as a 50-piece orchestra to play Lana Del Rey’s “Young and Beautiful” and Keri Hilson, Ne-Yo and West’s “Knock You Down.”

Kanye West had appeared earlier in the evening as a presenter at the 2013 Hollywood Film Festival. He then flew quickly north to San Francisco to make his proposal.

How long have the Kanye West and Kim Kardashian been dating?

The couple, who surprised fans with an announcement of Kim’s pregnancy last year in December, have been together publically since April 2012. Marriage rumors have been circulating for almost a year, especially after the birth of their baby daughter, North West, on June 15 of this year.

This is will be the third marriage for Kim Kardashian, who had a very public and short-lived marriage with NBA player Kris Humphries. Their divorce was finalized in June of this year. Although they were only married for 72 days from August to October of 2011, it wasn’t easy for the two to part, leading to contentious battles between the pair. Kim was also married to Damon Thomas, a music producer, from 2000 to 2004.

If I were a betting man

The odds of the marriage between Kanye West and Kim  lasting aren’t good. In fact, online bookmaker Paddy Power puts the odds on Kimye’s marriage lasting less than two years at 2-1, and given her history, this might be a good guess. Her first marriage lasted four years; her second only 72 days.

Others who know Kim aren’t giving the union much chance of survival either. Her ex-father-in-law, William Humphries doesn’t believe a leopard really changes its spots. According to the NBA dad, “Not much changes. It’s just different actors this time around.”

Celebrity divorce lawyer Raoul Felder, has suggested that Kanye West and Kim Kardashian protect themselves with a prenuptial agreement. According to Felder, “the pair has careers that could become even more valuable and each one could claim the other one helped their career.

Olympian Bruce Jenner and Kris Jenner, the matriarch of the Kardashian clan, have separated after 22 years of marriage. According to sources, the couple claimed to be much happier living separately. According to the couple, they “will always have much love and respect for each other. Even though we are separated, we will always remain best friends and, as always, our family will remain our No. 1 priority.”