CNN confirms Kim Kardashian and Kris Humphries have received a divorce petition from the Los Angeles Superior Court judge, although the divorce will not be official until a judgment is entered, and Kim Kardashian will technically still be married to Humphries when her she gives birth this summer. 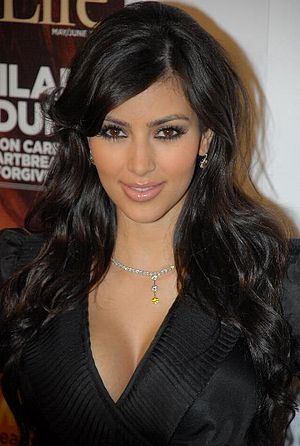 Kim Kardashian’s marriage was short, even by Hollywood’s standards. The marriage lasted a scant 72 days, but the separation and subsequent divorce has extended months after the divorce was officially filed in October of 2011. After Kim filed for divorce Humphries, an NBA basketball player, countered that the marriage should be annulled because Kim Kardashian had gotten married under fraudulent grounds to gain financial benefits.

In statements made by Kris’s Aunt and Uncle the annulment was Kris’s way of getting revenge, although this claim is not substantiated by Kris. It is also rumored that Kris’s lawyer quit the case because there was not enough evidence to substantiate a fraud claim.

Recently, Kris dropped his request for an annulment so the divorce proceedings could continue. Kris will not receive money from Kim Kardashian, per the terms of a prenuptial agreement. Unbelievably the divorce, which took 1 year, 5 months and 20 days, was 465 days longer than the marriage.

Who is Kim Kardashian?

Kim Kardashian, born October 21, 1980, is famous, although no one is quite sure why. Yes, she’s appeared on a variety of “reality” television programs and is an occasional actress but her most infamous accomplishment was the publication of a sex tape in 2007. Later that same year her entire family gained notoriety when they agreed to film a E! reality television show called Keeping up with the Kardashians Subsequent spin-offs include Kourtney and Kim take New York and Kourtney and Kim take Miami.

How much does she make? It’s not chump change. It’s estimated she is the highest paid reality star earning up to $6 million per year. She also owns a fashion boutique with her sisters and has moved into clothing and fragrance lines.

Kim Kardashian moved on to new boyfriend before divorce is finalized

Months before her divorce was finalized Kim Kardashian had already moved on to a new boyfriend and pregnancy. After months of downplaying the pregnancy Kim has now decided to embrace it. “Now I think I’m past all the awkward phases and stages, and once you feel the baby kick it’s a whole new experience,” Kardashian said. “I finally really embrace it. I love it now, but it took a minute. It was a lot, you know, a lot of body changes and stuff.” Kim Kardashian also acknowledges that she is feeling better and is not as nervous about giving birth. The baby’s father is rapper Kanye West