Just on the heels of news of the split of Catherine Zeta-Jones and Michael Douglas, another Hollywood couple has announced their marriage has “bit the dust.” After five years of marriage and two children, Laura Dern and Ben Harper have called it quits. This time it is for good.

The first sign that there was trouble in paradise came in 2010 when Harper reportedly blindsided Laura Dern with divorce papers. According to reports, the divorce papers never got signed, but instead, the couple attempted reconciliation.

Their efforts failed with Laura Dern deciding she wanted out of the marriage. She later filed for divorce and has demanded that she get primary physical custody of their two children.

TMZ now reports that the divorce judge has officially signed the papers and Laura Dern and Ben Harper are officially divorced. The court has ruled that both Dern and Harper will retain joint custody of the children, although it is reported that Laura Dern will have the children with her more than Harper. The court also ruled that Harper should pay Dern a minimal amount of child support. 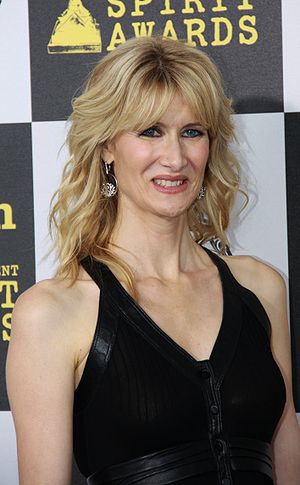 Who is Laura Dern?

Laura Dern, born to Bruce Dern and Diane Ladd, has been a part of the Hollywood scene for decades, entering the Lee Strasberg Theater Institute at age nine. Her first big role was in Adrian Lyne’s Foxes in 1980.

It was not until 1991, however, that she had her first big star performance in Rambling Rose, which earned her an Oscar nomination for her performance. She is best known, however, for her repeat role as Ellie Sattler in the summer adventure movies Jurassic Park.

Laura Dern is considered by some to be a beauty, despite her unconventional appearance. Dern is praised for “fearlessly throwing herself into a wide variety of roles which are sometimes unflattering.” Some Hollywood insiders consider her one of the “most interesting” actors working in Hollywood today.

In more Hollywood news, Access Hollywood reports that “True Blood” star Rutina Wesley has filed for divorce from Jocob Fishel after eight years of marriage. The thirty-four year old actress has cited irreconcilable differences as the reason behind the divorce. The couple does not have any children. They met while attending the Julliard, the prestigious school for the arts.

Wesley, who plays vampire Tara Thorton on the HBO hit series True Blood has requested that the court deny any request for spousal support. The couple has not been together since July of this year.

Due to the complexity of divorce laws, which varies by state, it is important to talk to a divorce lawyer if you have questions about child support, child custody or spousal support laws. Divorce is a difficult decisions; one which should not be considered until you have discussed all possibilities for reconciliation with your spouse.