New York Law: Does Your Marriage Need a Prenup?

New York Law: Does Your Marriage Need a Prenup? 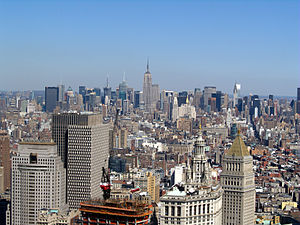 Charlotte takes on Bunny in a prenup negotiation

Just as the concept of premarital agreements was coming in vogue and more in the mainstream about a decade ago, the character Charlotte on TV’s Sex and the City found herself surprisingly faced with one after her new fiancé presented it to her in the leadup to their wedding. Shocked by her value stated on paper, she carefully navigated her way through her “asking price” or value if the unthinkable happened and she divorced from her soon-to-be and very tough cookie mother in law “Bunnie.”

Most of us find Charlotte’s blue blood TV existence a world away from ours, but how do we broach the subject of premarital agreements  and should we?

New York divorce and child custody laws can be very complicated. One big difference from most states: you can’t cite irreconcilable differences as grounds for a divorce. That provides impetus to  consider a prenup that can clarify finances and potential hurdles in the marriage up front. That and New York is a fault state where you have to prove your spouse’s fault from a list of such faults as adultery, abandonment and so on.

What is a premarital agreement?

You can also decide how much spousal support will be paid. Two things that cannot be negotiated in the prenup are the grounds for the divorce and the amount of child support that will be paid.

The prenup is no longer just for the Charlottes of the world and their country club set. It’s stretched to the world of the middle class where it’s used to protect such things as property, retirement, pension, savings and even the protection of children. You really have to look at the pros and cons of a premarital agreement when deciding if it’s for you. As unpleasant as it sounds, an agreement can offer a pragmatic exercise between two people before they wed as to how they would like their finances or affairs handled in the case of death or divorce. It can also clarify each person’s rights early in the relationship.

Some questions to consider that may call for drawing up a prenuptial agreement with your partner:

–       Is there a disparity between my income and my spouse’s income?

Discussing the responses to these questions openly and honestly with your partner before marriage can help you both save time and money in the long run if the unexpected happens.  An agreement can also help protect you from the state or a third party deciding who gets your assets. Drafting an equitable division that you both agree upon can also help you financially in the long run save legal fees and emotionally as you have a framework from which to start should you both meet that unexpected turn in the road.

About prenups and real reader questions about divorce