ONeal Loosing Battle To Save His Marriage


ONeal Loosing Battle To Save His Marriage | Disability Case Review.com

ONeal Loosing Battle To Save His Marriage 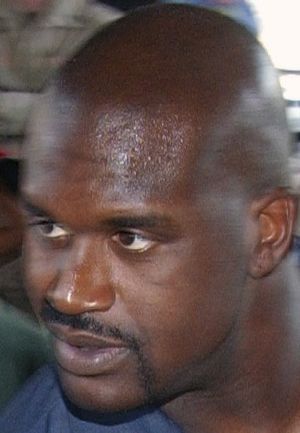 Shaquille O’Neal, according to news reports, is going to lose his fight to save his marriage. Shaunie, his wife, filed for a legal separation on November 10, 2009, only two years after O’Neal first started divorce proceedings.

O’Neal legally separated from Shaunie in September of 2007 citing the marriage was “irretrievably broken” because he claimed she was secretive about her assets, but the couple reunited in August 2008 vowing to work through their problems.

According to papers filed in the Los Angeles County Superior Court this past Monday, it was Shaunie who has filed the second time citing “irreconcilable differences” as the grounds for divorce. According to news reports, Shaunie has moved herself with her four small children out of their shared home in Florida and relocated to California, and in divorcing, she is seeking spousal maintenance, child support, and legal custody of their children. The two have been married for almost seven years.

This newsworthy event illustrates the fact divorce happens even to the famous and often provides them with the wrong kind of infamy. I am sure that Shaquille O’Neal would much rather be remembered for his great basketball play in the NBA than the man who gets the blame for dumping his wife and four small children. After all, his own biological father left him when he was just a child. We can only imagine what events led to the break down of the marriage, but more than likely, they were not too different than what happens to the rest of us who are not so famous.

Almost fifty percent of the marriages in the United States end in divorce. Whether you call it an irretrievable break down or irreconcilable differences, divorce is an equal opportunity event, it happens to people regardless of their status in life or where they live, and usually always results in the same set of problems. These problems, just like the O’Neals, includes the fair division of community property, assets, spousal maintenance, child custody, and child support. All of these real problems are created when a divorce is immanent, and the courts are left resolving the legalities of the issues.

Contact us right now at www.divorceattorneyhome.com, and we will help you find a divorce attorney in your area who will help answer any of the legal questions you may have concerning divorce, spousal support, or child custody.