Brand says opposites do NOT attract

Brand says opposites do NOT attract

Russell Brand told Australia’s 60 Minutes that his divorce from Katy Perry was due to “incompatibility.” According to the comic star it’s hard to maintain an amicable marriage if things aren’t going well.  He told host Liz Hayes, “If you sort of sense there’s an incompatibility, then in any relationship, regardless of the status of the individual, it kind of is best to go separate ways.”

How does Brand suggest that you can have a better marriage and avoid divorce? He believes it’s better to find someone who is like-minded. According to Brand, opposites may not attract, in fact, like-minded couples may make the best matches.

Katy Perry and Russell Brand;s divorce was in December 2011, just 14 months after the pair wed in India and their marriage was officially dissolved 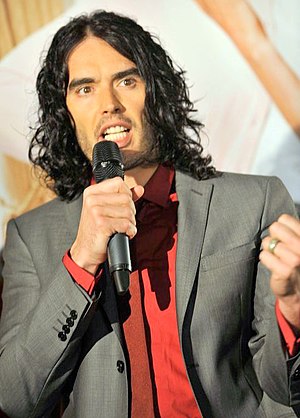 Is Russell brand right? Do the like-minded make better couples?

Romantic comedies have perpetuated the notion for years that tension between individuals is nothing less than masked sexual tension and once the stereotypical barriers are scaled there is nothing better for love and long-lasting happiness than finding your complete opposite. Think Richard Gere and Julia Roberts in Pretty Woman. Nothing says love better than a high powered businessman and a street hooker.

But is this what scientist have found in the real world? No, according to scientists, not only do we seem to be drawn to others who think and act like us; in fact, we may often seek our mirror image. A 2003 study published in the Proceedings of the National Academy of Sciences suggested that individuals often seek out their equals in attractiveness, wealth, social status, and family dynamic.

Other studies have suggested the similarities which matter most go much deeper than the superficial traits of wealth and beauty but can include your personal belief system, your religion and traits such as attitudes and your preferred levels of anxiety.

My husband and I took a personality test before we were married as a required premarital counseling course. We scored high in almost every level of compatibility. The test had proven to be a strong indicator of marital happiness. In fact, couples who did not score well were encouraged to postpone marriage or seek more counseling before they wed. As a side note, my husband and I have been happily married for 15 years.

What did the test tell us? The more you have in common in areas such as values, family background, expectations, ideas about children and your commitment to the notion of marriage itself the greater likelihood you have of staying married and having less conflict within your marriage.

Why would this be the case? It may not matter what your partner looks like or if their idea of a good time is mountain biking and yours is reading a good book, what will matter is what they value and whether they are committed to the marriage.

My husband and I were taught that divorce is not an option. If you thought you married the wrong person it did not matter; when you got married they became the right person

Most importantly, every difference you have with your partner is a compromise that you will have to make in the future. And because compromise is often a lose/lose proposition for both partners it often leads to fights and discontentment and ultimately divorce. So what’s the bottom line? The more you think like your partner in the areas that matter most, the less compromise you will have to make . Oddly enough, Russell Brand was right.