Despite his box office success, it seems that even Orlando Bloom, recognized Hollywood heart throb, is having difficulty in his marriage. According to The Marquee website, the “Lord of the Rings” actor appeared on Katie Couric’s show on Friday and spoke about the rumor that he and his estranged wife Miranda Kerr were separated. 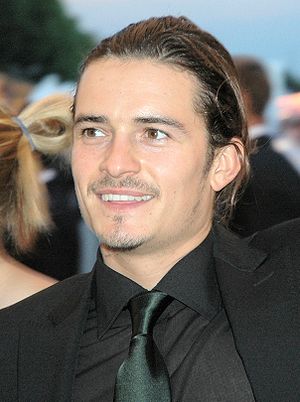 Bloom, 36 and his wife, Kerr, 30, are “professionals” according to Bloom. He has stated publically that they each love their son and they love each other. But reports indicate that the couple, who married in 2010, has been separated for several months. Orlando Bloom admitted that “Life sometimes doesn’t work out exactly as we plan or hope for.” But they are committed to maintaining unity for the sake of their 2-year-old son.

Who is Orlando Bloom?

Orlando Bloom was born in Canterbury, Kent, England on January 13, 1977.  He is an English actor who received his breakout role in 2001 as the elf-prince Legolas in The Lord of the Rings. Roles followed in hits such as Pirates of the Caribbean, Kingdom of Heaven, Troy, and New York, I Love You.

Before his relationship with Miranda Kerr he was linked romantically with American actress Kate Bosworth. Theirs was a stormy, long-term, on and off again romance which lasted from 2002 until 2006. Orlando Bloom began dating Australian model Miranda Kerr in 2007, and the couple was engaged in June 2010.

Miranda Kerr gave birth to their son in July 2011. His name is Flynn Christopher Blanchard Copeland Bloom. He was born in Los Angeles.

Bloom has also had time to dedicate himself to environmental causes, most notably Global Green. He has also been asked to act as a UNICEF international ambassador.

Despite the recent news of his split, Bloom and Kerr appear to remain remarkably civil. In fact, on Sunday, Orlando Bloom radiated a big smile as he showed up at the front door of Miranda Kerr’s New York City apartment on Sunday, for the third day in a row after they announced their split on Thursday night. The couple also appeared happy on Saturday as they took their son for a walk in New York’s Central Park. Orlando has also seen giving Miranda a smooch on the cheek, just hours after the pair were seen arriving at her apartment together late on Friday evening.

Divorce is tough on everyone. But obviously if parents can remain civil, happy and content to be in each other’s company it is always best for the kids. Here’s to hoping Bloom and Kerr continue to co-parent without animosity.