Sherri Shepherd and husband battle it out for baby


Sherri Shepherd and husband battle it out for baby | Disability Case Review.com

Sherri Shepherd and husband battle it out for baby

TMZ reported last Friday that comedian and “The View” co-host Sherri Shepherd is separating from her second husband, Lamar Sally. The pair married in August 2011. According to reports, Lamar Sally is now suing the day-time talk show host for “fraud and is seeking legal and physical custody of their unborn child, granting her only visitation rights.” He also wants their prenuptial agreement invalidated. 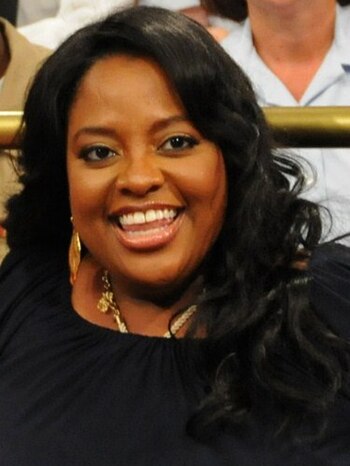 Sherri Shepherd and spouse use surrogate

The couple’s child was conceived through surrogate and is due July 28, 2014. Sherri Shepherd has not responded to requests from the new agency, although she did send out a Mother’s Day greeting to mothers across the United States. “Happy Mother’s Day to all you amazing and beautiful ladies out there who have raised or are presently raising children. Love to you! ThankU Lord for blessing me w the greatest gift ever — my son Jeffrey. Don’t know how You thought I’d be good at this but I love being a mom!”

She also sent out a message last week when news of the suit was issued publicly, “Don’t underestimate the power of friendship . . . friends are the soft landing when you fall.

Rochelle Sterling has not discussed divorce with Donald Sterling

In more divorce news, in an exclusive interview with Barbara Walters, Rochelle Sterling, the estranged wife of Donald Sterling, admits she has thought about divorce for the last 20 years and has even consulted with divorce lawyers, but she has not discussed divorce with Donald in years.

“For the last 20 years, I’ve been seeing attorneys for a divorce,” she said, laughing. “In fact, I have here– I just filed– I was going to file the petition. I signed the petition for a divorce. And it came to almost being filed. And then, my financial advisor and my attorney said to me, ‘Not now.'”

Rochelle admits most of the delay for the divorce stems from financial arrangements, but she said it will probably eventually happen. Rochelle also came to the defense of Donald Sterling suggesting some of the reasons for his recent racist outburst could have been due to an onset of dementia.

Shelly Sterling also said she would like to keep her stake in the L.A. Clippers team even if her estranged husband is forced to sale. Sterling said, “I will fight that decision. To be honest with you, I’m wondering if a wife of one of the owners, and there’s 30 owners, did something like that, said those racial slurs, would they oust the husband? Or would they leave the husband in?”

She notes she has been with the team for thirty-three years and not only is she passionate about the team, but she considers it a “legacy to my family.”

According to an NBA spokesman, however, “Under the NBA Constitution, if a controlling owner’s interest is terminated by a 3/4 vote, all other team owners’ interests are automatically terminated as well,” NBA spokesman Mike Bass said. “It doesn’t matter whether the owners are related as is the case here. These are the rules to which all NBA owners agreed to as a condition of owning their team.”