Some South Carolina residents want their divorce and they want it now. According to Carolina Live, there is not an amendment which is being proposed in South Carolina’s state legislature which would shorten the amount of time a couple must be separated prior to filing for divorce from one year to one hundred and fifty days. According to the new South Carolina legislation, the law would only apply to no-fault divorce. Couples who have filed an at-fault South Carolina divorce may still have to wait a little longer to file for divorce. 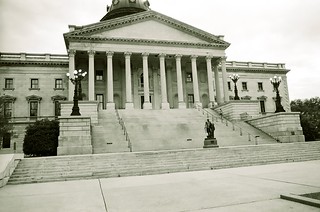 South Carolina separation times have been established to allow couples a “cooling off” period. The expectation was that some couples might decide to reunite if given adequate time to contemplate a divorce. Legal experts, however, claim that the lengthy separation in South Carolina is difficult on couples as well as their children. They argue the extended separation requirement simply postpones the inevitable, fails to provide closure to families and becomes increasingly difficult to explain to children as the months stretch to a year.

“Divorce is certainly a life changing and stressful thing and when you have it open and lingering and pending for this period of time, it’s stressful on the children, stressful on the families,” Hopkins, a South Carolina divorce lawyer explained.

South Carolina divorce lawyers have also noted that one of their main complaints from their clients is the extended time it takes to complete a divorce in the state. Others disagree, arguing that it’s not a bad thing for couples to give more consideration about whether or not divorce is the right decision. Others argue divorce has become too easy in South Carolina and throughout the United States and the ease of exiting a marriage has led many to give too little consideration to whether or not they should marry in the first place.

“I think people need more time to think about it, and divorce is too easy in this county. I mean, you can marry somebody and a year later you decide you want to divorce them. You should have thought about that before you got married,” said Horry County resident Ida Lake.

Still others argue that the extended waiting period can also give couples more time to talk to a mediator or find the appropriate marriage counselor to repair the marriage.

South Carolina Amendment is not a sure bet

South Carolina residents have been traditionally pro-marriage. In fact, divorce was illegal in South Carolina until 1949, when it became one of the last states in the U.S. to allow it. If you have questions about your rights in the state of South Carolina, talk to a divorce lawyer.