Jane Levy has filed for divorce from Jaime Freitas according to reports. Jane Levy who is billed as the “wise cracking teen” on the ABC sitcom “Suburgatory” filed for divorce on April 16, 2013, with the news recently becoming public.

According to released court documents the marriage was short, even by Hollywood’s standards. It lasted only 7 months, after a March 3, 2011 wedding the pair split October 31, 2011.  Jane Levy, however, did not bother officially filing the divorce petition until several weeks ago.

The wedding apparently was a secret to many Hollywood insiders, but no one will be spared the potential divorce battles. Although the couple claims to still “be friends” and list the reason for the divorce as “irreconcilable differences” Levy is refusing to pay spousal support, which could eventually become a point of contention for the pair.

Who is Jane Levy?

Jane Levy, 23, is most well-known for her stint on Evil Dead, where she has a leading role. This remake hit theaters in April 2013. She also made a star turn for a few episodes on Showtime’s Shameless. What about the spouse? No one knows much about him, although reportedly he has made a few foreign films.

Why didn’t we know the pair were a pair? The two never made any public appearances. They did not attend parties together and avoided all red carpet appearances. The only time the two can be found together is on a music video for a David Lynch song titled “I know.”

American Idol runner-up Crystal Bowersox and her husband Brian Walker have also called it quits according to reports.

The couple told People Magazine that after two years they have “decided to end their marriage.” Of course their friendship also “remains strong” and the pair have every intention of supporting each other both professionally and personally. They are calling for privacy as they deal with the emotions of their divorce decision.

The couple tied the knot in 2010 after a hurried courtship and engagement which lasted mere weeks. The couple did not have any children, although Bowersox does have a four year old son from a previous relationship. 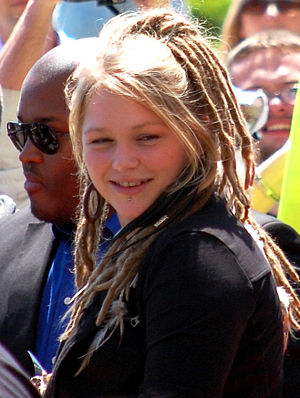 If you are not familiar with Crystsal Bowersox she was the American Idol’s sweetheart on season 9, coming in second place to Lee DeWyze. She released an album titled All that For This in 2010, but you can also see her this summer on Broadway portraying the legendary Patsy Cline in AlwaysPatsy Cline, a musical about the famed singer’s life.