Who says you can’t find true love again after multiple affairs and a high profile divorce to a model? Anything is possible, at least for Tiger Woods. Not only is his golf game back but apparently his love life is also in full swing.

Tiger Woods and Lindsey Vonn made an official announcement on Facebook yesterday that the two of them were dating. According to the posting, Vonn announced, “I am dating Tiger Woods. Our relationship evolved from a friendship into something more over these past few months and it has made me very happy. I don’t plan on addressing this further as I would like to keep that part of my life between us, my family and close friends. Thank you for understanding and your continued support!” 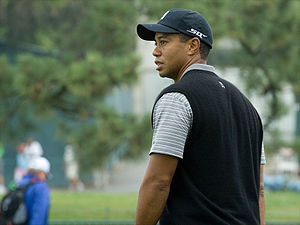 Tiger also confirmed the relationship in his own statement. “This season has been great so far and I’m happy with my wins at Torrey and Doral. Something nice that’s happened off the course was meeting Lindsey Vonn,” Tiger said. “Lindsey and I have been friends for some time, but over the last few months we have become very close and are now dating. We thank you for your support and for respecting our privacy. We want to continue our relationship, privately, as an ordinary couple and continue to compete as athletes.”

Like Tiger Woods, Vonn has also been divorced. She was married to Thomas Vonn, her former coach until January when her divorce became finalized. Wood’s divorce to Elin Nordegren, a fashion model, was finalized in 2010.

Elin and Tiger spotted together earlier this year

As recently as March of this year, Elin and Tiger were spotted together. News of their attempts to reconcile shook the internet for several days with sources suggesting that the pair were attempting to reconcile for the sake of the children. According to the National Enquirer the couple’s five year old daughter, Sam, was begging her parents to reunite, but it looks like those reports, if they were true, have not come to fruition.

Even if the two are talking again that’s a step forward from previous reports that Elin would refuse to even look at Tiger Woods after the scandal of his multiple affairs was announced, relying on nannies and bodyguards to deliver their two kids back and forth for visitation. Now at least it seems Elin has been willing to talk to Tiger Woods.