Tom Cruise opens up about divorce to Katie Holmes

Tom Cruise opens up about divorce to Katie Holmes

It was the jump heard round the world- Tom Cruise dancing on Oprah Winfrey’s couch while she exclaimed, “Tom Cruise like I’ve never seen him!” It was May 23, 2005, and all was right with the world, at least with Tom’s love life. It was one of the most memorable scenes on television, an effusive display of love seldom seen in real life, especially by a man who has been described as “guarded and tight-lipped about his private life.” 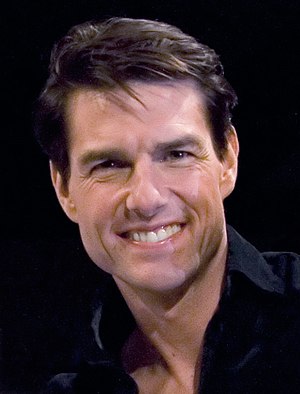 Although the awkwardness is still present even if you watch the video today, I admit to being somewhat touched as Tom Cruise grinned maniacally and kneeled a dozen times, smiling and grabbing both of Oprah’s hands. Somehow his spontaneity made him more human. He was in love, and he wanted the world to know. Shouldn’t we all be that happy?

What followed was a rushed courtship and lavish marriage to Katie Holmes in Italy on Nov. 18, 2006. They were legally married in a civil ceremony in Los Angeles seven days earlier. What followed was a five year marriage that ended June 29, 2012. What’s strange is that despite the divorce announcement and the outlandish pronouncements by Tom Cruise that Katie Holmes was the love of her life, it didn’t seem completely shocking that the marriage came to an end.

Tom Cruise admits divorce due in part to Church of Scientology

It’s a year later, but we might finally be getting some information about the abrupt ending to the marriage of Tom Cruise and Katie Holmes. According to information provided from a recent deposition for a lawsuit against a magazine that claimed Tom Cruise abandoned his daughter Suri. Tom Cruise has admitted that part of the reason Holmes left him was because of his association with Scientology.

According to reports, when asked by the magazine’s lawyer if Holmes filed for divorce because of the church, Tom Cruise eventually admitted “that was one of the assertions, yes.” The star also admitted that Suri is not a member of the Church of Scientology.

Although Tom Cruise has waged a legal battle against assertions that he has abandoned his daughter, he did admit that “for the period between June 18, 2012 and Thanksgiving, 2012, he estimates he only saw Suri 10 days.  During one stretch … Tom admits he didn’t see his daughter for more than 100 days.”

The lawyers also countered with information about efforts he took to attend Scientology events, even very short visits, arguing that he has failed to make the same efforts to see his daughter.

While it’s impossible to know exactly what happened in any marriage, especially a celebrity marriage, I’ve never doubted that Cruise loved Katie Holmes. The fact the marriage dissolved and they couldn’t reconcile is even more devastating given that the pair had a child together.

The goal of every divorcing couple should be to co-parent in a healthy, non-confrontational way. Children need both their mother and their father to be actively involved in their lives. Hopefully, Cruise and Suri can have a great relationship going forward.

I for one hope the man who said, “Anyone who’s not happy for me, they’re just not invited to the party,” will have a party again sometime in the future, and I hope I am invited.