Roses. Chocolates. A greeting card in the shape of a big red heart. Traditional Valentine’s Day gifts. A Michigan attorney is offering clients something decidedly un-traditional for Valentine’s Day. 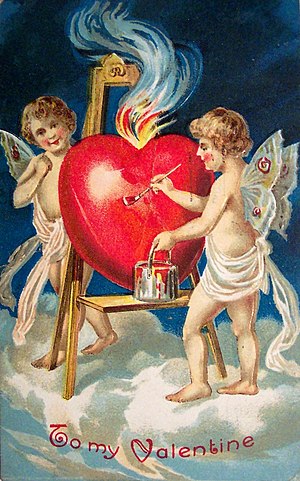 Family attorney Walter H. Bentley III of Southfield, Michigan told ABC’s Good Morning America he got the idea from one of his law students he teaches in night school.

“She’d just had her divorce finalized,” Bentley said, “And she was celebrating. I had never thought about that before – celebrating divorce. So, I thought, why not do something special for Valentine’s Day? You can’t find new a new love before you close the chapter on the old.”

Bentley spells out the rules for the pro bono divorce giveaway on his web site.

“The winner will be chosen based on the most compelling and convincing story as to why they should be the winner,” the rules read. “The divorce is limited to an uncontested divorce with no or minimum child custody issues.”

Bentley’s offer is good for Michigan residents only and the deadline for applying is a minute before midnight Feb. 12.

“We’re looking for someone truly struggling to move forward,” Bentley told ABC. “Maybe someone who’s overcome some obstacle, a foreclosure, Say. Maybe they’re struggling to make ends meet, and they don’t have enough money for a divorce.”

A serious illness cold be in a contestant’s favor, as well, Bentley said.

“Somebody diagnosed with cancer,” Bentley suggested. “Maybe that’s one reason their spouse no longer wants to be with them.”

Bentley said he normally charges $3,000 for a standard divorce.

“They won’t have to take out their wallet for anything,” he said. “All the hearings, all the paperwork. I will pay all the fees and expenses, to the end. What they’re getting world ordinarily cost $1,500 to $3,000.”

A simple Web search for free divorces turns up several, but clients aren’t free from paying certain legal fees. Bentley’s offer is unique in that regard, he said.

The offer is not just to benefit the contest winner. Bentley’s law office will certainly continue to reap the benefits of free publicity.

“The winner authorizes the Law Offices of Walter H. Bentley III, PLLC to publicize them in a press release and on our website,” the disclaimer reads. It adds, “Good Luck!”

Bentley’s offer isn’t universally accepted in his hometown, as one might imagine. Many see it as a publicity stunt and contrary to the spirit of the occasion.

Barb Cummings, owner of Flower Loft Florists in Southfield, told a local television station they are busy getting ready preparing hundreds of their own Valentine’s Day special – half a dozen roses, bundled with a teddy bear and chocolates.